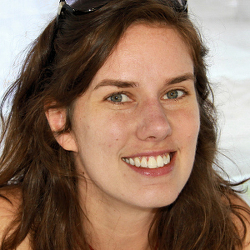 Leslie Jamison about the purpose of pain

As a reminder that today and through out history there have always been so many people that have promoted dialogue, we are introducing some of them in this blog from time to time. We will be trying to select people that are not the most widely known. We do this to show two things: Firstly: There are even more people convinced about the peace enabling power of dialogue than you might think. Secondly: It would be good to have an internationally known sign for those who believe in dialogue to show that conviction and to recognize like minded others.

Leslie Jamison (born ca. 1983) is an American novelist and essayist. Her work has been published in Best New American Voices 2008, A Public Space, and Black Warrior Review. Originally from Los Angeles, she attended Harvard University and the Iowa Writers’ Workshop, and undertook a Ph.D. in English literature at Yale. Her father is the economist and global health researcher Dean Jamison.

Jamison’s first novel, The Gin Closet, was published by Free Press in 2010. It received positive reviews by the San Francisco Chronicle, Vogue and Publishers Weekly.

With her book “The Empathy Exams“ she is studying the depths of this one specific human ability with journalistic dedication: Whether it is called empathy, compassion or pity in different scientific contexts – quite often it deals with the process of feeling someones pain.

How deep and how philosophically a research can go in this area, can bee seen in the following excerpt from a video in which she is beeing asked the following surprising question from a participant of an event:

“What is the meaning of pain?”

Part of her answer is that it seem to be a trigger for connection and by that also for dialogue.